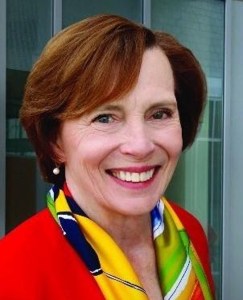 Pat Maguire Meservey is the Chair of Build Health International’s Board of Directors. She served as Salem State University’s 13th president from 2007 to 2017. Salem State is one of the largest state universities in the Commonwealth of Massachusetts and the largest in the north of Boston region.

During her administration, she focused on advancing the high-quality, student-centered education model and, with her team, increased the graduation rate for baccalaureate students 15 percentage points in 10 years, the largest change in the Massachusetts state university system. Access to high quality education for all students is the mission of Salem State and in 2018, Salem State was named one of the top 10 universities in the country for Latino student success.

Pat has served on the boards of many educationally based non-profit organizations including the Commission on Higher Education of NEASC (now NECHE), Bottom Line, a college access and success program; and Governor’s Commission on Digital Innovation and Life-Long Learning (Massachusetts). In addition, she has served on numerous business-oriented boards including the Salem Partnership, a business organization focused on the long-range economic development for Salem and the region and the New England Council. Currently she is a member of the Board of Advisors for Eastern Bank, a member of the Cape Cod Foundation and Brewster Ladies Library Boards, and chair of the Board of Directors for Build Health International.

Pat joined Salem State after serving as Suffolk University’s first Provost & Academic Vice President. Prior to that, she held several administrative leadership roles and served as a faculty member at Northeastern University, Suffolk University, and Boston University. She holds a Ph.D. in higher education administration from Boston College, a M.S. in parent-child health nursing and a B.S. in nursing, both from Boston University, and a diploma in nursing from Faulkner Hospital. She is a Fellow in the American Academy of Nursing. 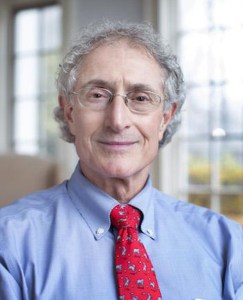 Bob met Dr. Charles Drake, Landmark’s founder, while he was a student at Bates College, and worked in “pre-Landmark” summer programs held in Maine. Bob then became a founding faculty member of Landmark when the school opened on the present High School site in 1971. At Landmark, Bob’s roles evolved from teacher, supervisor, department head, house parent, residential coordinator, founding Director of Outreach, founding Director of the Prep Program, to Head of the High School. He was elected as Landmark’s President and Headmaster in 1990.

Bob received his undergraduate degree from Bates College and his Master’s Degree from Boston University in Psychoeducational Training.

Bob sits on several national and local non-profit boards and advisory boards, lives in the headmaster’s home on campus, and enjoys hiking, kayaking, traveling, and being with family and friends.

Landmark, established in 1971, is a leader in the field of serving students in grades 2–12 with dyslexia and other language-based learning disabilities. The school has campuses in Prides Crossing and Manchester, MA. 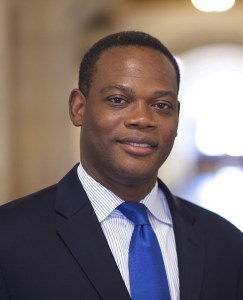 Prior to assuming the presidency of Elms College, Dr. Dumay was senior vice president for finance and chief financial officer for Saint Anselm College from 2012 to 2017. Dr. Dumay formerly served as chief financial officer and associate dean at Harvard University’s Paulson School of Engineering and Applied Sciences (2006-2012), associate dean at Boston College’s Graduate School of Social Work (2002-2006), and director of finance for Boston University’s School of Engineering (1998-2002). In addition, he served as an adjunct faculty member at Boston College for nine years.

Dr. Dumay currently serves as a commissioner, treasurer, member of the executive committee, and member of the Annual Report on Finance and Enrollment (ARFE) for the New England Commission for Higher Education (NECHE), a member of the board of directors for the Association of Independent Colleges and Universities in Massachusetts (AICUM), a member of the Student Aid Policy Committee for the National Association of Independent Colleges and Universities (NAICU), a board member for the Boston Foundation’s Haiti Development Institute, a board member for Pope Francis Preparatory School in Springfield, MA, and serves on  the Board of Trustees of Norwich University in Northfield, VT. 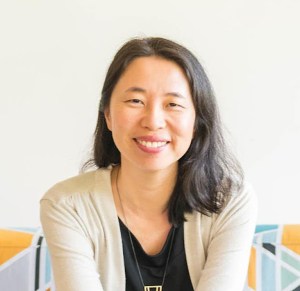 Jean Shia is the Managing Director of the Autodesk Foundation where she invests in a portfolio of 50+ organizations using technology for positive social and environmental impact and leads the Foundation’s impact measurement. Jean has two decades of experience working across the public and private sectors in social entrepreneurship, economic development, finance and strategic operations.  Jean was previously the Vice President of Business Operations at Driptech, a for-profit social enterprise focused on improving smallholder livelihoods through low cost irrigation technologies.  She started her career as a Fellow in the NYC Department of Housing Preservation and Development working to revitalize communities across New York.  Jean received an MBA from the Haas School of Business at UC Berkeley and a BS with Honors in Urban Studies from Cornell University. 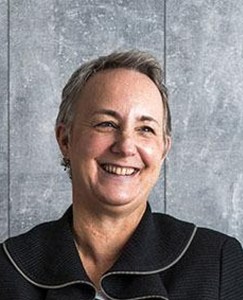 Jennifer Aliber is a leader in healthcare design at Shepley Bulfinch, where she specializes in master planning, programming, and planning.  Jennifer is particularly interested in rethinking the organization of hospitals and innovative architectural solutions that improve efficiency, flexibility, and enhance that patient and staff experience.  Her clients include Brigham and Women’s Hospital, the Mayo Clinic, Penn Medicine and Yale New Haven Health.  Jennifer is a fellow of both the AIA and American College of Healthcare Architects (ACHA).  She has served as chair of the Examination Committee of the ACHA and on the board of the Academy of Architecture for Health (AIA Healthcare Knowledge Community).  She is currently on the board of the Foundation for Health Environments Research.  She is a graduate of Amherst College and received her Master of Architecture from Princeton. 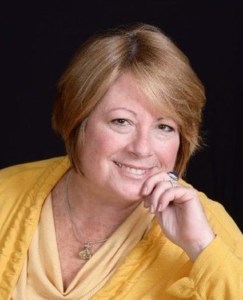 For over 15 years, Karen and Jim Ansara have been making grants to end global poverty (primarily in Haiti) and to build resilient health care facilities in the developing world.  In late 2008 Karen launched New England International Donors (NEID), now a network of 140 philanthropists and grantmakers learning together how to help fund lasting solutions to global problems. In 2010, while Jim was doing relief work with Partners in Health in Haiti, Karen co-founded the Haiti Fund at the Boston Foundation, which has transitioned into the Haiti Development Institute (HDI), a grantmaking intermediary and capacity builder for Haitian organizations. In addition to Build Health International, HDI, and NEID, Karen serves on the boards of Groundswell International, MCE Social Capital, and the Millennium Campus Network, and is an advisor to the Rian Immigrant Center in Boston and the Frederick S. Pardee School of Global Studies at Boston University.. A member of the Leadership Council for Oxfam America since 2003, Karen is a graduate of Wellesley College (Political Science) and Andover Newton Theological School (MDiv).  Karen earned a certificate in Nonprofit Management and Leadership from Boston University in 2018. She and Jim have four young adult children and live in Essex, MA. 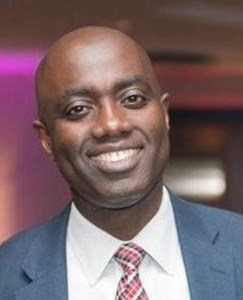 Herby Duverné is the Principal and CEO of Windwalker Group LLC, an award-winning, 8(a) small business offering physical and cybersecurity solutions that protect and prepare; delivers custom learning and training solutions that guide teams to success; and offers professional services solutions that help customers meet a variety of business objectives.

Mr. Duverné is also the Co-Founder of RISE Together, a certified MBE development and investment company. The RISE Together process applies development and financial expertise toward ensuring that development projects bring equitable growth opportunities to everyone. It’s a process that proactively brings people together, giving everyone a seat at the table, and working as one toward a common cause: a thriving, diverse, and healthy neighborhood.

Today, Mr. Duverné devotes many personal hours giving back to the greater Boston community and is deeply involved in social and economic justice issues. He recently kick-started the Greenwood Challenge in Black Economic Council of Massachusetts (BECMA) with a $100,000 donation to support black small business in Boston and the surrounding communities. He is the recipient of multiple awards and recognition such as the 2005 YMCA’s Black Achievers Award, the 2016 Boston’s GK25, the 2016 ILC’s Immigrant Entrepreneur of the Year Award for Business Growth and the 2018 NAACP Kenneth I. Guscott Legacy Business Award.

Mr. Duverné earned both Bachelor’s and Master’s degrees at Northeastern University. He and his wife, Claire reside in Woburn, MA and have three children Ashley, Jayden, and Ashden. 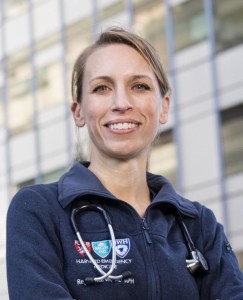 Dr. Regan Marsh is an emergency physician and the Medical Director of Health Equity within the Department of Quality and Safety at the Brigham and Women’s Hospital. She is an Assistant Professor of Emergency Medicine at Harvard Medical School and a Senior Strategic Advisor for Partners In Health (PIH).

Dr. Marsh’s priority is the provision of equitable health care through strengthened delivery systems. She served as the Senior Technical Lead for PIH’s US Covid response focused on implementation of community-based response solutions to stop transmission of disease and improve equity by supporting the most marginalized communities.

Dr. Marsh has worked with PIH since 2008, in Malawi, Haiti, Sierra Leone, Rwanda and Liberia. In Haiti, she helped open the University Hospital at Mirebalais, and then served as Director of Emergency Medicine. Her team started the first Emergency Medicine residency in the history of Haiti, now in its seventh year. In 2014, during the Ebola epidemic, she served as medical director for PIH-Sierra Leone, leading the transition from emergency response to health systems strengthening. 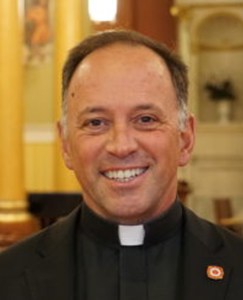 Father John Unni is pastor of Saint Cecilia Parish at the intersection of Boston’s Back Bay, Fenway, and South End neighborhoods. Saint Cecilia is a welcoming and inclusive parish community with a commitment to charitable involvement and issues of social justice. Father John feels called to be with those who may find themselves down and out, wrestling with addiction or life, and with those who are homeless or lost “literally or spiritually.” He actively partners with community leaders who strive to make a difference in people’s lives.

A graduate of St. Michael’s College in Vermont (B.A. English), he taught high school English and then attended St. John’s Seminary (M.Div). Ordained in 1992, Father John served at St. William Parish in Dorchester, St. Richard Parish in Danvers, and as chaplain at Northeastern University. He has served as pastor of St. Cecilia Parish for the past sixteen years.

In 2017, Father John was appointed Assistant Fire Chaplain for the City of Boston. He currently serves on the Board of Directors of Pine Street Inn, Nativity Preparatory School in Jamaica Plain, St. Cecilia’s House, a residence for seniors of limited income in the Fenway, and St. Boniface Haiti Foundation, which tends to the health care and educational needs of the poor in Haiti.