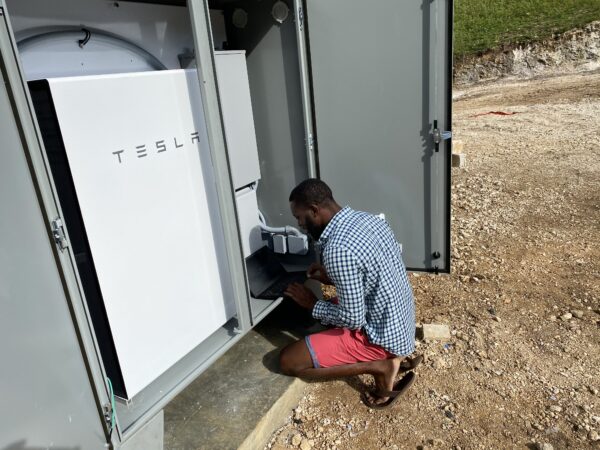 BHI Co-founder and Managing Director, Jim Ansara, was recently featured on BBC World Business Report, speaking about the importance of medical oxygen access, BHI’s innovative OxBox technology, and his hope for greater adoption of the OxBox design globally. You can listen to the episode here: https://t.co/K3qcjnvDva?amp=1 (our feature begins at 23:18) or read the full transcript below.

BBC: A not for profit American organization called Build Health International has devised a portable oxygen unit, which it now hopes to manufacture and send around the world. Co-founder Jim Ansara spoke to me from Boston.

JA: We’ve come up with something called the OxBox, which is 24 solar panels and some tesla batteries in literally a box, and then on the inside of the hospital you plug in 5-10 oxygen concentrators.

BBC: So the key is that it’s portable and it runs on its own power supply?

JA: Yes and it is very simple and it can be set up in a matter of hours. We’ve shipped a number of them to haiti right now and we’re starting to set them up in rural clinics there, to really test and refine them. And then we hope to make this available, open source, to anyone. These components are readily available, and it’s really cost effective as well.

BBC: That’s interesting so you’re hoping this could become a global business- you’re a not for profit organization but you’re hoping you can pass it along to a business that could end up spreading it around the world and making money from it?

JA: Hopefully making a modest amount of money from it and sharing this because there is such a global need for oxygen that COVID has really shining a light on in low and very low resource countries, but it’s been there for many years and it has to be addressed on a much larger scale and that’s really our mission.