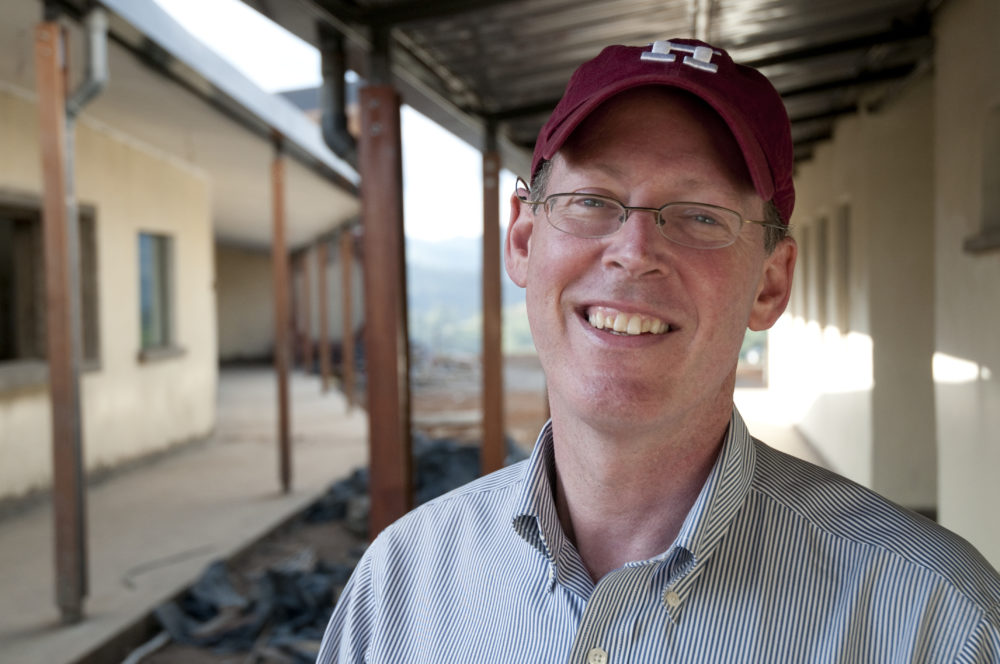 Jim Ansara shared his reflections on what he wanted people to know about Paul Farmer with WBUR. Read the full tribute here.

As I try to shake off my shock, sadness, and the unavoidable feelings of being left adrift after hearing Monday about the death of Dr. Paul Farmer, I have been trying to think of not only his legacy, but also what I want people to know and appreciate about Paul that is not part of the conventional discourse for such a celebrated and public figure.

Paul, like most accomplished and brilliant people, was complicated. And like all of us, he had his truly wonderful moments and also more challenging times. His public legacy and impact on advancing health care for many of the world’s most impoverished people are well documented and irrefutable. He was a brilliant teacher, inspiring many thousands of people from clinicians, to politicians, to people like myself, to join him in his mission to bring dignified, accessible, and quality health care to the most marginalized communities. He was a prolific writer, strategist, fundraiser, and at his core, a doctor who treated patients, whenever he had the opportunity. Paul did so much, and his impact through all these different mediums was so vast, that it is hard to distill and define what his true genius was.

My relationship with Paul first began in 2008 as a donor to Partners in Health (PIH) and then rapidly evolved in early 2009 when I went with him on a short trip to Haiti to help with some PIH initiatives in Haiti’s Central Plateau. Later that year, one of Paul’s closest protégés, Dr. David Walton, reached out to me to support in the planning and building of a 100-bed community hospital in the small city of Mirebalais, Haiti. We were about to start construction when Haiti was devasted by an earthquake in January 2010. In the week following the earthquake, as David and I worked on supporting medical relief efforts at the general hospital, what had been Haiti’s major teaching hospital in Port au Prince, I experienced for the first time Paul’s true superpower and unique genius — his ability to be audaciously and unyieldingly unreasonable.

I experienced for the first time Paul’s true superpower and unique genius — his ability to be audaciously and unyieldingly unreasonable.