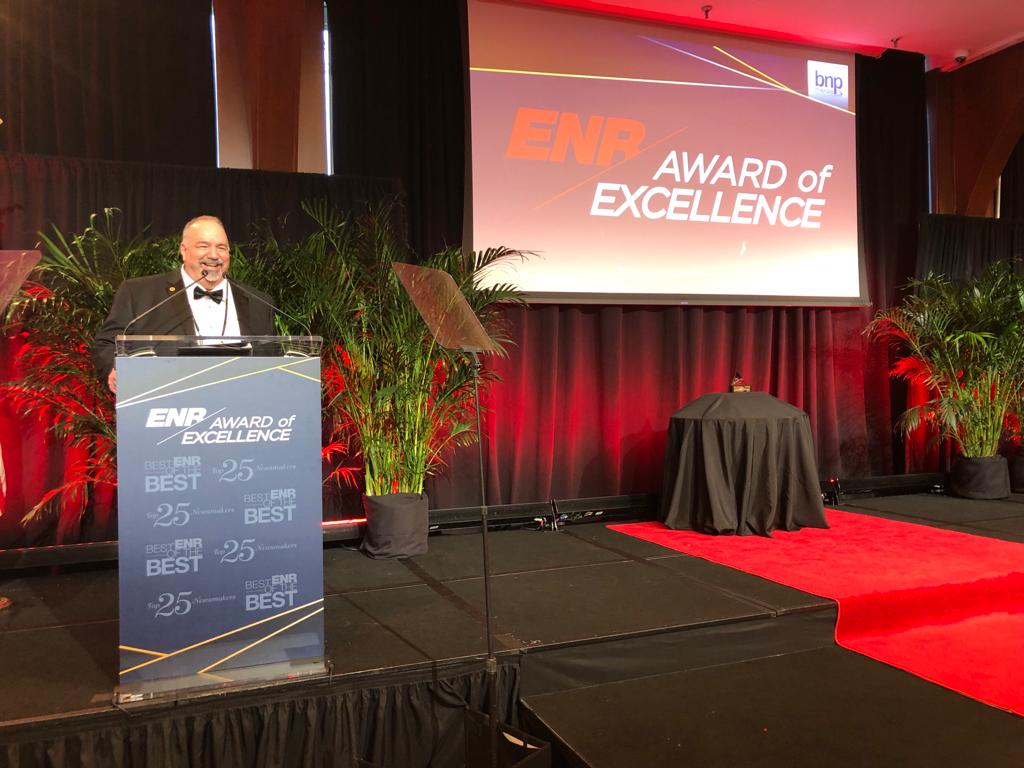 BHI Founder and Managing Director, Jim Ansara was awarded the 2022 Award of Excellence for his work leading BHI’s efforts to design and build high-quality health infrastructure resource-constrained settings around the globe. Read the full award profile.

A  few days after Haiti’s catastrophic earthquake in 2010, Jim Ansara arrived at the damaged General Hospital in the hard-hit capital of Port-au-Prince to assist with medical relief efforts. In the quadrangle, he came upon a shocking scene—more than 1,400 seriously injured Haitians lying on the ground in pain.

“People were just pouring in night and day with injured or dead relatives and friends,” says the veteran buildings contractor, based near Boston. “It was chaos.”

On his first trip to Haiti in 2009, Ansara was appalled by the poverty. But those desperate circumstances paled by comparison to the horrors endured by nearly 10 million Haitians after the Jan. 12 quake, which had killed an estimated 300,000 people and injured another 300,000.

Ansara assisted with all forms of medical relief in the aftermath of Haiti’s destructive 2010 earthquake.

To get to Haiti after the quake, Ansara had first flown from Boston to Fort Lauderdale, transporting 5,000 lb of medical supplies and equipment. In Florida, he found a pilot who would fly a cargo plane to the shuttered Port-au-Prince airport. But first, he raced to Home Depot to buy hacksaws, chisels and hammers for the two surgeons flown into Haiti on a private plane a couple days earlier, who were operating using head lamps because there was no power.

“It was Civil War medicine,” says Ansara, who in 2010 was still chairman of the board of Shawmut Design and Construction, which he founded in 1982 and sold to his employees in 2005. “Not only did I see many amputations up close, I got to hold instruments or retract occasionally when they were shorthanded,” he adds.

Ansara’s previous trip to Haiti in 2009 was as a volunteer for the nonprofit Partners in Health. When the quake hit, he was about to begin construction of a 100-bed community hospital in Mirebalais at the request of Dr. David Walton, a Haitian native who then worked in Boston for PIH. Walton, who flew to Haiti the day after the quake via the neighboring Dominican Republic, had insisted that Ansara join him in Port-au-Prince.